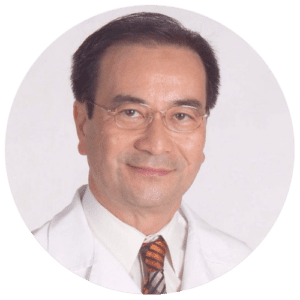 Dr. Victor Liu is an American-trained plastic surgeon and General Surgeion. He is also a Diplomate of The American Association of Regenerative Medicine and a Fellow of the American College of Surgeons, is board certified in both general and plastic surgery, and is a member of the American Society of Plastic and Reconstructive Surgeons. He has devoted his practice full time to plastic surgery and Regenerative Therapy for over 25 years. Dr. Liu aslo has training in the field of sexual enhancement for both men and women. He is well-known nationally and in the San Francisco Bay Area. Dr. Liu strongly belives that in order for a patient to look well, being healthy is most important.

One important aspect of good health is to have adequate and well-balanced hormones in the body.  Dr. Liu’s patients come from all over the United States, Asia (including Hong Kong, Taiwan, the Philippines, and South East Asia) and Europe. He has appeared on many television talk shows to discuss plastic surgery and has been the subject of many newspaper and magazine articles.